I. The world’s seven spirits champions

It is well known that spirits are high-concentration liquor and also called distilled liquor. According to the International Wine & Spirits Research (IWSR), the breakdown of spirits is as follows: transparent spirits (vodka, and rum, etc.) accounting for 43%, whisky accounting for 34%, liqueur accounting for 8%, brandy and cognac accounting for 7%, bitters accounting for 6%, and anisette accounting for 2%. Apparently, they forgot to include China’s white spirits (Baijiu) therein. With Baijiu, there are 7 categories of spirits, and the 7 champions are separately: 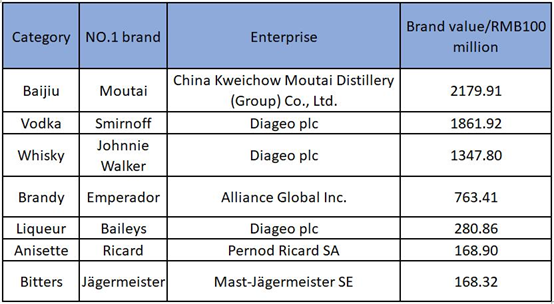 II. Introduction of the method to calculate the world’s liquor brand value by the Secretary-General

The interactions between Chinese and foreign drinking friends become more frequent with the deepening of international exchanges, and so does the circulation of Chinese and foreign famous liquors. Despite their fine quality, liquors have never been ranked, which virtually increases consumers’ choice cost. And with the globalization today, it is even more troubling when it comes to what fine liquors are there in each country.

As such, the Organizing Committee has released the list of World’s Top 100 Liquor Brands to make Chinese and foreign drinking friends clear about the rankings of both Baijiu and foreign liquors among global liquors and provide a reference for everyone.

III. Why Diageo that has the largest number of spirits champions is called the king of spirits in the world

Possessing 3 among the world’s 7 spirits champions, Diageo is the group with the largest number of spirits champions, which conjures up the Chinese table tennis team. Diageo is a famous spirits group in the UK. It is among the Global 500 and is the world’s largest foreign liquor (relative to Chinese liquors) company, with a range of top liquor brands involving distilled liquor, wine, and beer, etc.

A company similar to Diageo is Pernod Ricard. Let’s see the renowned brands under them below. 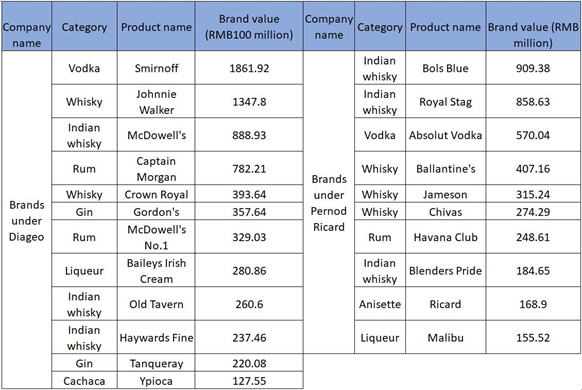 IV. The best vodka is not produced in Russia, but the UK

As a national liquor of Russia like Moutai of China, there are many brands of vodka with a long history, which makes almost all Chinese people believe that Russia’s vodka brands must come out top.

However, Russia, the traditional core producing area and largest market of vodka, has only Five Lakes Vodka and Stolichnaya listed among the list of world’s top 100 liquor brands, and their brand value and rankings are low, much lower than the British vodka.

We can see from the list of world’s top 100 liquor brands by value that the brand value of a bottle of British Smirnoff vodka is amount to that of 13 bottles of Russian Five Lakes vodka.

Chinese brands are far ahead of U.S. brands among the world’s top 100 liquor brands no matter in terms of the number selected or total brand value.

The excellent performance of Baijiu has contributed to the Chinese liquors’ thoroughly defeating the U.S. liquors.

There are mainly three reasons: firstly, there is a large base of drinking population in China, with huge consumption and market space; secondly, among the Chinese liquor companies, Moutai has become the liquor company with the highest market capitalization in the world; thirdly, consumers favor more high-end and better Baijiu with the consumption upgrade of the Chinese society, which has indirectly increased enterprise profits.

Imported liquors account for a large share in the U.S. market, while, the long history and culture have contributed to the absolute dominance of Baijiu in the Chinese market. As a result, the cultivated own-brands vary greatly in the two markets.

VI. Both as world-class liquors, why Baijiu cannot be sold well over the world like foreign liquors?

The brand value of China’s Kweichow Moutai ranks 1st among the world’s famous liquors, however, European spirits still have a monopoly position in the international market. From the perspective of the market capitalization of listed companies, Moutai and Wuliangye have overwhelming advantages, but they have a very large gap with European spirits in terms of global influence, overseas income, and overseas profits. The following chart shows a comparison between the market capitalization of Chinese and foreign spirits companies (by Aug. 16, 2019, in RMB100 million)

Take Pernod Ricard for instance, the overseas income of this French company exceeds 90% of its total income; by contrast, almost 95% of the income of Baijiu enterprises is achieved in the domestic market.

Chinese distilleries need to tell the world when should Baijiu be drunk. 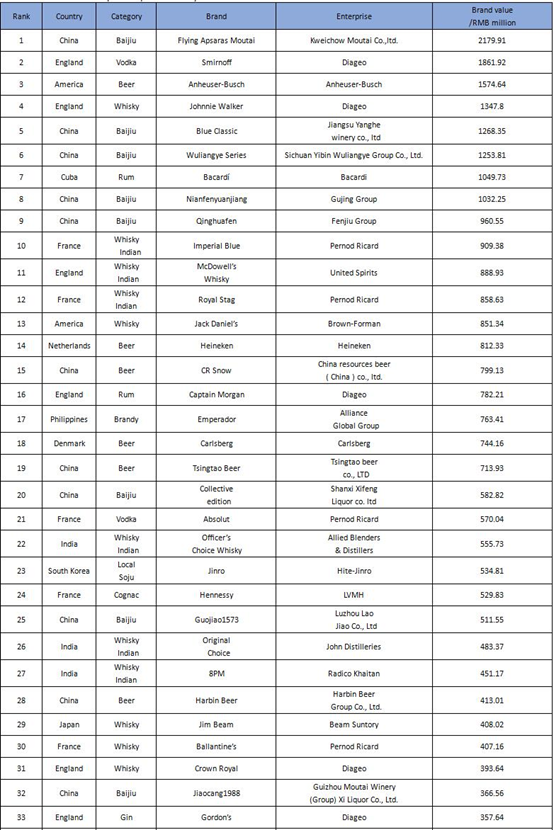 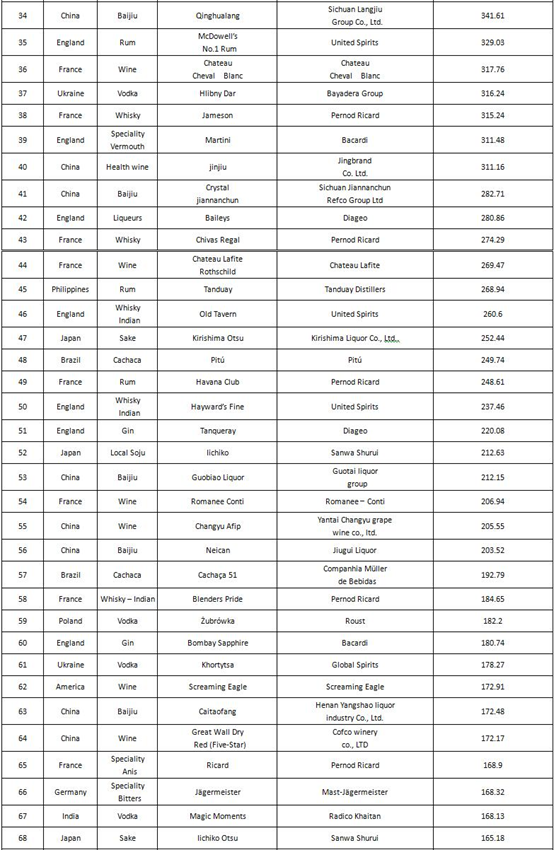 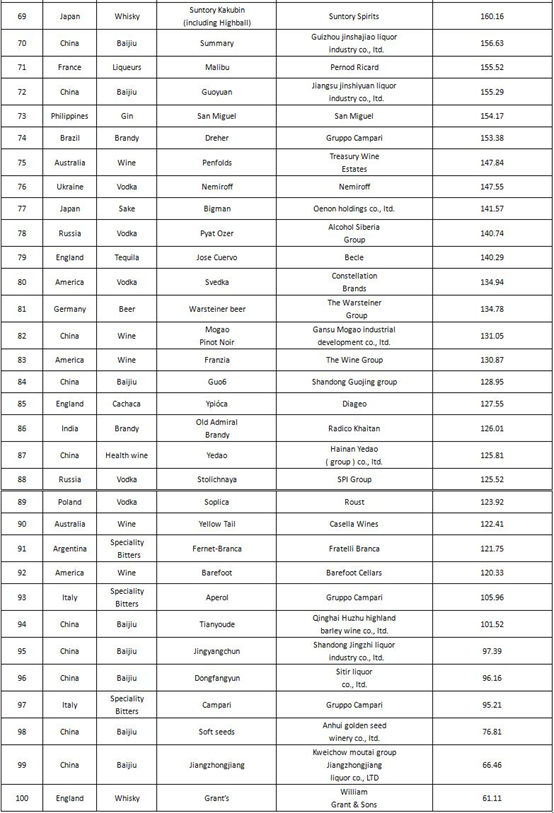